What is Composition in Photography?

Every time you are capturing an image, you are aware and conscious of the things around the image. By then you are deciding and exploring which elements or subjects should be in the frame to enhance the image and that’s the meaning of photography composition. It simply means arranging elements within the photograph. It is also a key essential element of any good image as the arrangements will affect the whole experience of looking at the photo through visuals and emotional response. A good composition gives an aesthetic and clean outstanding image while average composition will give a boring and monotonous image that does not capture the attention of the viewers. If you look at the image below, an eye-catching and aesthetic image where everything is aligned and symmetrical.

Many photographers said that photography is all about communication between the photographer and the viewer – in telling a story as a picture speaks a thousand words. Therefore we are sharing the top essential photography composition tools that help you to enhance the impact of your photos.

The rule of thirds is a composition guideline that places the subject in the right or left third of the image, which al leaving the other two-thirds open (not filled with any subject). It is basic yet commonly used in photography. The corner of the square is the intersection point in the grid where you want to place the focal point in the shot. Just imagine that the image is divided into 9 equal parts through 2 vertical and horizontal lines. By doing so, it will add balance to the whole photo which generally leads to compelling and well-composed shots.

Referencing the image above, the subject was placed along the left intersecting points  – making the image more balanced and appealing to the human eye. This placed more focus on the subject than the background image of the mountain. Some cameras even offer an option to place a rule of thirds grid over the LCD screen making it even easier to use for framing the image. 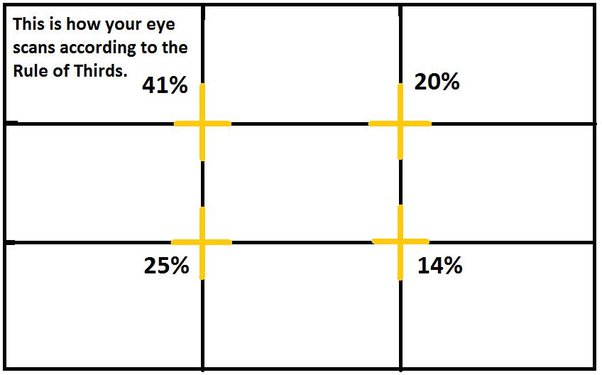 Leading lines are used differently in photographs to capture an image, and they are mainly used to lead and draw the attention of the viewer to the main subject of the image. This brings the viewers to follow the line and focus on the image easily as it directs the direction of the eyes to wander naturally. Simply to say bringing the journey into the scene. There are many types of lines such as straight, diagonal, curvy, zigzag, radial, and many more, and each can be used for different purposes in elevating the photo’s composition.

From the image above, a picture of a tulip track leading off to the windmill. This is an example of a leading line shot as it changes from the rows of tulips plantation to the windmill (as one of the main subjects) of the image. The eyes will naturally lead toward the center – a specific point of interest.

Everywhere we explore, there are always symmetry and patterns around be it man-made or natural. It is balanced especially when both sides are split equally into a dividing line – making it eye-catching that bringing natural beauty to the image. Both half images are identical and as if they are reflected. Our eyes are comfortable with images that are symmetrical and balanced with one another.

Visual balance on the other hand brings stability and harmony to the image that creates a certain feel to express the meaning of the photograph. It simply means that the object or weight of both sides is equal and not one side is heavier than the other.  Both symmetry and balance can be broken to achieve a dynamic feel to the image.

An example of a symmetrical and balanced image that will be equal when divided into (left/right and down/up).

Lead room or also known as look room means the space in between the character or 2 subjects when they are looking in a certain direction. It gives the viewers a better understanding of whatever is happening around them. Headroom on the other hand means that the subject’s head is in the frame at all times and they are not being cut off which can lead to the comfortability of the viewers due to space constraints. Basically is giving space to the subject from getting caught too close to the corner of the frame.

Due to photography being a 2-dimensional medium, it is good to convey a sense of depth to the scene. You can create depth in a photo by including objects in the foreground, middle ground, and background. Depth of field is the distance between the closest and farthest objects in a photo that appears acceptably sharp or focused. A deep depth of field will give you a photograph with near and far objects all in good focus while a shallow depth of field will put the emphasis on just the importance of your photo that you want to highlight.

Positive spaces in photography on the other hand mean the actual subject. It’s about where your eyes should be looking as a viewer –  the subject matter or areas of peak interest in a photograph which is the key element of a great photo.

Negative spaces in photography mean that the area around the main subject is left unoccupied that creating the main focus on the positive space. The main subject usually occupies a small portion and leaves much space to give the desired look. Negative space photography is the area surrounding the main subject in a photo that is left unoccupied. Put simply, it is the space around the object itself that helps define the positive space (or main focus). Too little negative space usually makes the image very cramped and cluttered with small “breathing space” in between the elements. They are greatly used for commercial and stock photography like wedding photos as referenced below:

The bride is the positive space while the surrounding around her is the negative space.

Similar to Rule 3, our eyes are comfortable with shapes that are symmetrical and balanced with one another as we recognised them as we grow older. Different shapes depict different emotions and meanings to viewers but one thing is for sure they are powerful enough to attract the attention of the viewers. It also gives a rigid structure to the whole image making it clean and compact. An example is an image above of two swans meeting one another that we capture a heart shape. Shapes like these are more conceptual as the composition gives a heart-warming, loving feeling. Therefore, simple shapes like these be they abstract or not are unique and pleasing to the eye.

Textures in photography help viewers relate to the subject of something that they have already experienced in their own lives. Just imagine yourself closing your eyes and touching the photos – usually described as smooth or rough, soft or hard, coarse or fine, matt or glossy, etc. This is also a key element as it brings the connection between the image and the viewers making it effective. An example below is a close-up image of tree bark – dried and rough uneven feel when touched.

In this current digital age, photography has been greatly explored and there is little to no chance of running out of immersive shots. It is an advantage for us to continue venturing and experimenting the different compositions to get the desired perfect shots. Practice definitely makes perfect but everyone is creative on their own. Who knows if you’ll get a perfect shot while experimenting as different compositions never work in all scenes. While it often works, the least we could do is to consider all these compositions as they have been the bread and butter of photography. All the best for your photography journey!