You might have recognized these numbers in your DSLR cameras where ½ second is slow shutter speed while 1/1000 second, the highest at 1/8000 second is fast shutter speed. While the different shutter angles are seen on a cinema camera. Are they different? Let’s find out more.

How does Shutter affect photography/videography? 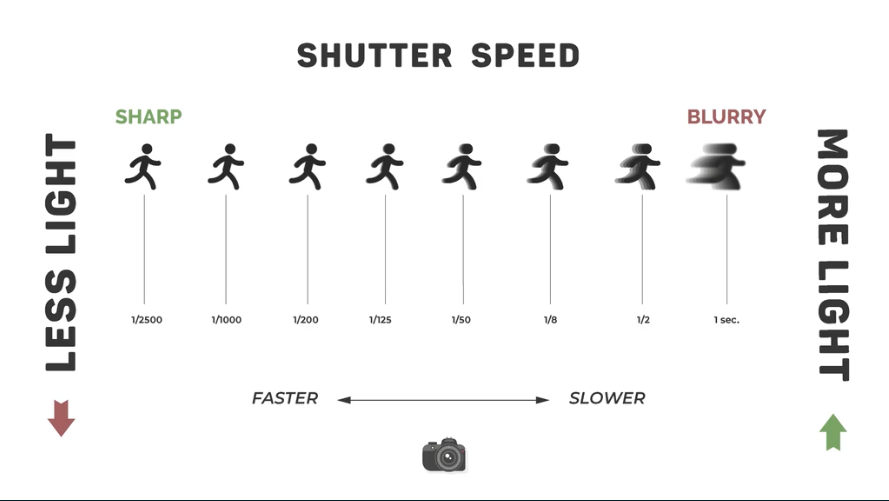 Is Shutter Speed the same as Shutter Angle?

Shutter Angle brings back to the days of analog technology using their motion picture cameras where there is a shutter mechanism that is adjusted to a certain angle. A smaller angle means faster shutter speed while a larger angle means slower shutter speed. A 360-degree shutter means that the film is entirely exposed at 360 degrees and so on.

When shooting a film/video, the proper cinematic Shutter Speed is at a 180degree – 180-degree shutter rule. The rule explains the connection between Shutter Speed and frame rate at which your shutter speed is double the amount of your frame rate (also known as frames per second/FPS) So for example, if you are shooting at 25 Frames per second, your Shutter speed should be kept at 1/50. No matter what frame rate you choose, your camera will keep that ratio between frame rate and shutter speed locked in. It will give more natural motion than we see with our normal eyes.

So for example, when the film is recorded in 25 Frames per second, it is equivalent to 1/25 of a second. The 360-degree shutter, a less recommended (depends on the feel) angle will give more motion blur than what a normal person would see as it gives an imaginary yet dreamy effect.

How do you convert the angle to shutter speed or vice versa?

Overall, experimenting with the shutter is the only way to explore the feel of your short film/video. A 180 degrees shutter angle which equates to the shutter speed of 1/48 (or 1/50) of a second at 24 fps (or 25fps) is the best way to achieve a consistent yet cinematic feel. Stay tuned for more interesting blogs ahead!