There are a variety of shot types used in filming that help to enhance the storyline as well as the overall look and mood of the film. Shot types are basically indications of subject size within the frame. The filmmaker should need to make a thoughtful and wise decision for each of their shots because it will help to convey the message and the narrative goal of the whole film. Some of the basic camera shots include close-up shots, medium shots, and long shots. But what are they? In this article, we will share the different shot types and the intention of each shot.

A close-up shot refers to capturing a person or object at a close range – capturing the character’s emotion and the small detail of the subject. The shot tightly framed the subject/object, making their expression the main focus as it takes up most of the frame coveying a certain message/emotional approach. Close-ups shots are often used to tell certain pointers/hidden messages to the audience to pay attention carried throughout the film.

In general, we use close-up shots to:

What about Mid-Close-up Shots (MCU) and Extreme Close-ups Shots (ECU)? Are they different?

MCU and ECU are siblings to Closeups and share the same approach. The only difference is the framing. Usually, the frame will only show the subject’s eye/mouth in the shot to show a certain meaning. For example, an extreme closeup of the eyes depicts that person is tired or stressed.

Medium close-up shots are commonly used in films for their standard frame and versatility. It frames the subject from just above the head to the middle part of the body – basically a closer shot but not too close in speaking terms. These shots are able to capture the subject’s performance through feelings, and emotions, as well as facial expressions, while the background remains included. In MCU, there can also be more than one person in the shot is called a single shot while having two people is called a two-shot. They are greatly used in interviews and narrative films.

The medium shot captures both the subject’s performance as well as their surroundings. Also, known as waist shot, it is mainly used for conversation scenes or also to capture a certain body language. As it is captured at a medium distance, there can be more than one subject when doing a scene. It also gives a broader detail of the surroundings as well as other hidden meanings which can be seen in their wardrobe (costumes). It is definitely useful to convey what’s going on in the scene. 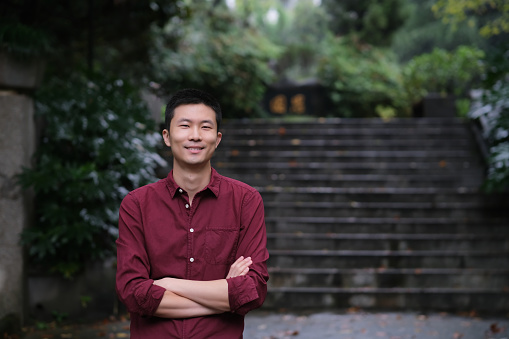 What about the Cowboy shot? Are they the same as Medium Shot (MS)?

The cowboy shot was another word referred to as a medium shot. It is framed from the face of the subject down to just above the knee just like how you see during a cowboy gunfight scene. They are slightly bigger than Medium Shot which is mainly used in scenes to show strength, toughness, superiority, and confidence. A reference below shows a cowboy shot – the guy standing the main focal point as an “authoritative” and “powerful” character showing anger while the guy seating appears small and intimidated.

There are many things that can happen in one frame and scene with Wide Shot as it gives a lot of details. To capture a character as a whole, full shots are often used. A full shot basically means that the subject is framed from head to toe – featuring the entire body. It is unique as the shot are able to capture the entire details from expressions, body language, movements, and many more that includes what is the subject wearing and the background scene. The long shot can also be good for establishing the scene with the people in it to give the audience a better context of the location the subjects are in. Its purpose serves as a piece of free information for the audience to interact with the character. The example below shows a full/wide shot of Jack Sparrow escaping from the tribe who are chasing kill him while running near the coastline.

There are also other types of Wide Shots depending on how the filmmakers want to portray their characters.

Overall, wide shots are mainly used to bring connections to the audience through the settings of the film and highlight a few important elements by establishing a new scene. It helps a lot in creating the tone and mood of the film’s storyline visually.

You can use all these shot types for your next project and explore this variety of shots to make your videos more interesting and engaging! All the best for experimenting with these shots and do catch us for the next post as we are going to venture into the different shot angles all beginners should know!

There are various camera shot angles used in filmmaking that help to enhance the narrative as well as the overall mood of the film....